In organizing my files I ran across a bunch of memes that were never quite finished, got bumped due to other events, or that we didn’t think were quite good enough to use for their intended purpose, but had enough joie de vie about them that it seemed a shame not to share them.  Like the squirt gun that shoots jelly or the Charlie-in-the-box that guards the Island of Misfit Toys, these memes had to have a home somewhere.  And we couldn’t think of a better excuse to create this home for them than April Fool’s Day.  So, we’re not fooling anyone with these misfit memes, but we are fooling around a little, and hopefully you’ll get a chuckle or two.

How could we possibly caption this?  The image itself is so… uh… evocative? 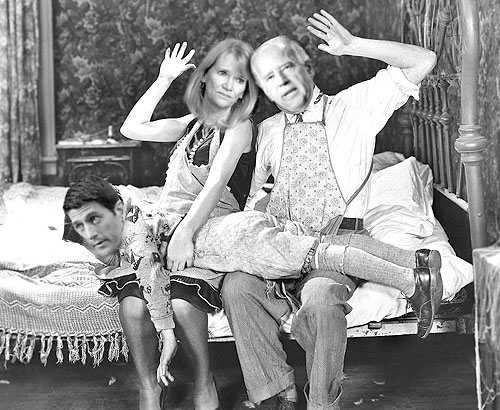 THE LADY SENATORS OF THE ASC

Inspired by a nickname that we coined for Claire McCaskill when she was administering ass-beatings to Todd Akin during the Senate debates last fall …And a lot of Kill Bill on cable tv… And our blinding rage toward the unexplained and inexplicable dismissal of a high-profile military sexual assault conviction…  This bit of fun wound up getting abandoned during a busy news week.  Enjoy! 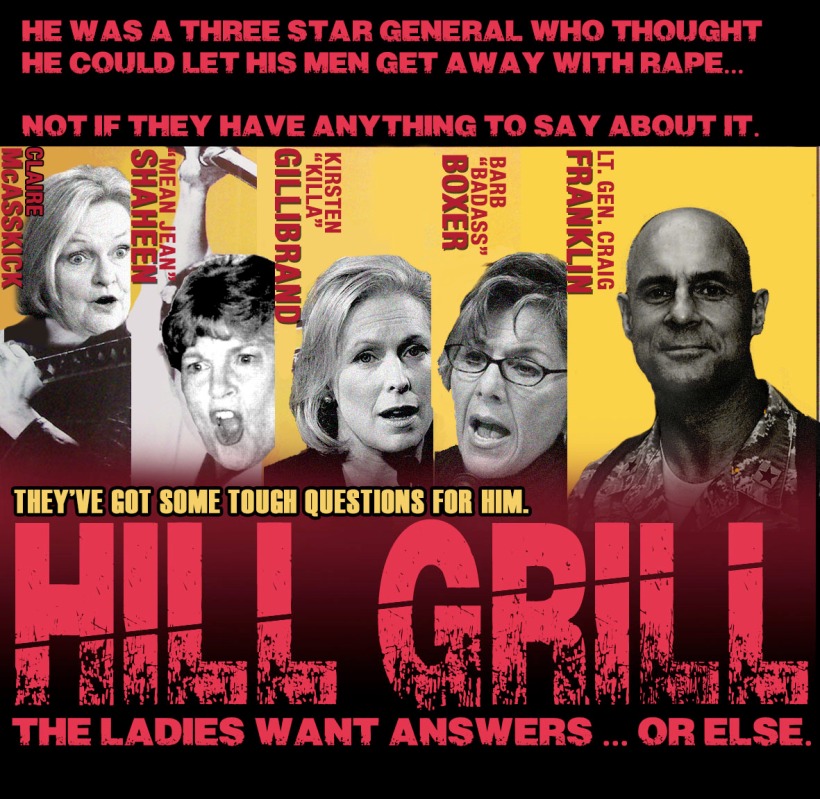 SNAKES IN A UTERUS

This one went through a million mutations and just never seemed quite right.  But you know, sometimes it’s satisfying to just tell someone where to stick it. 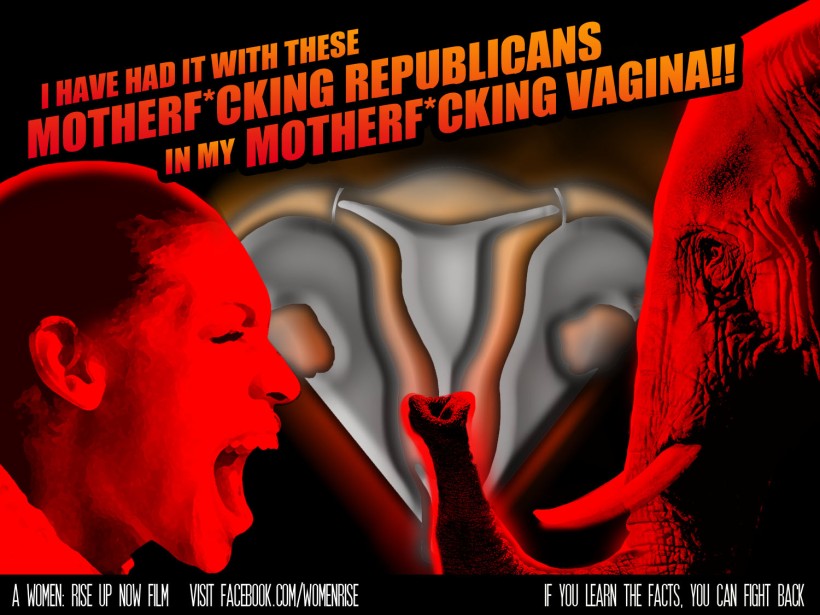 Once again, this one just happened during a crowded news week, got relegated to back burner, and was never finished.  I was spending too much time lurking on gun forums, and was having a bit of a Saul Bass moment a while back, and did this weird, blown-out artwork of the grinning lady with an AR-15. 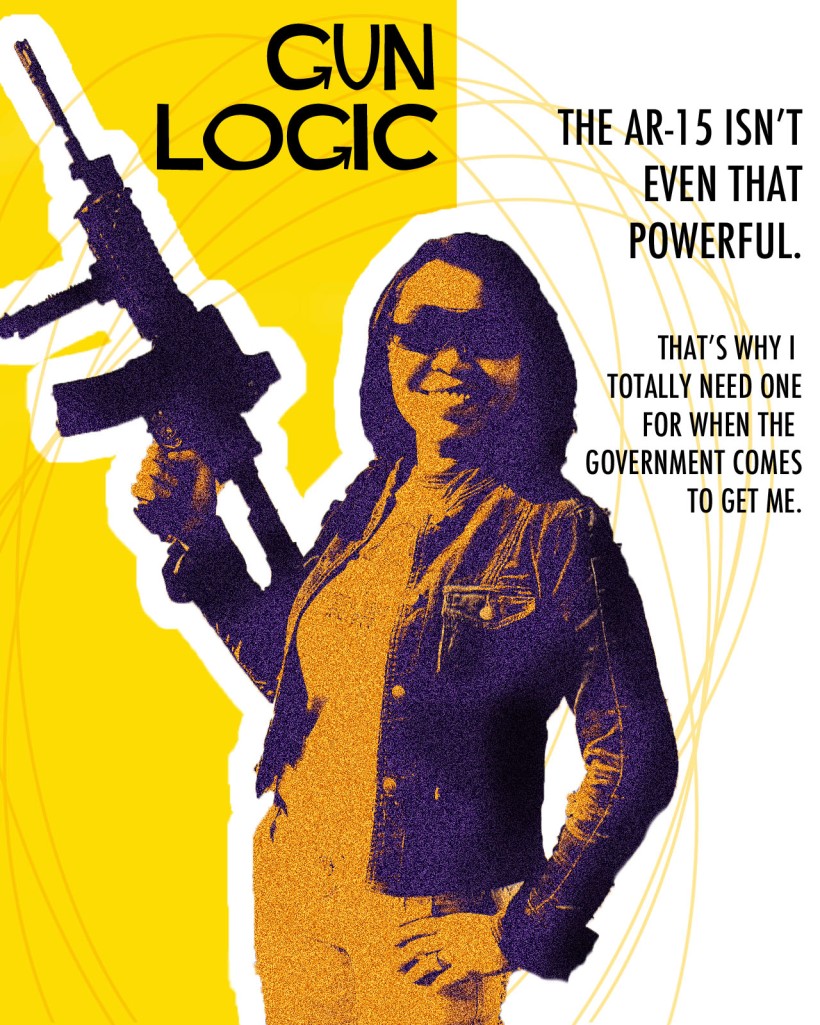 We try to be inclusive here at Women: Rise Up Now, but racial issues are not our wheelhouse per se.  So, we decided not to go with this one after the bizarre incident of some racists throwing peanuts at a black CNN camerawoman at the RNC. 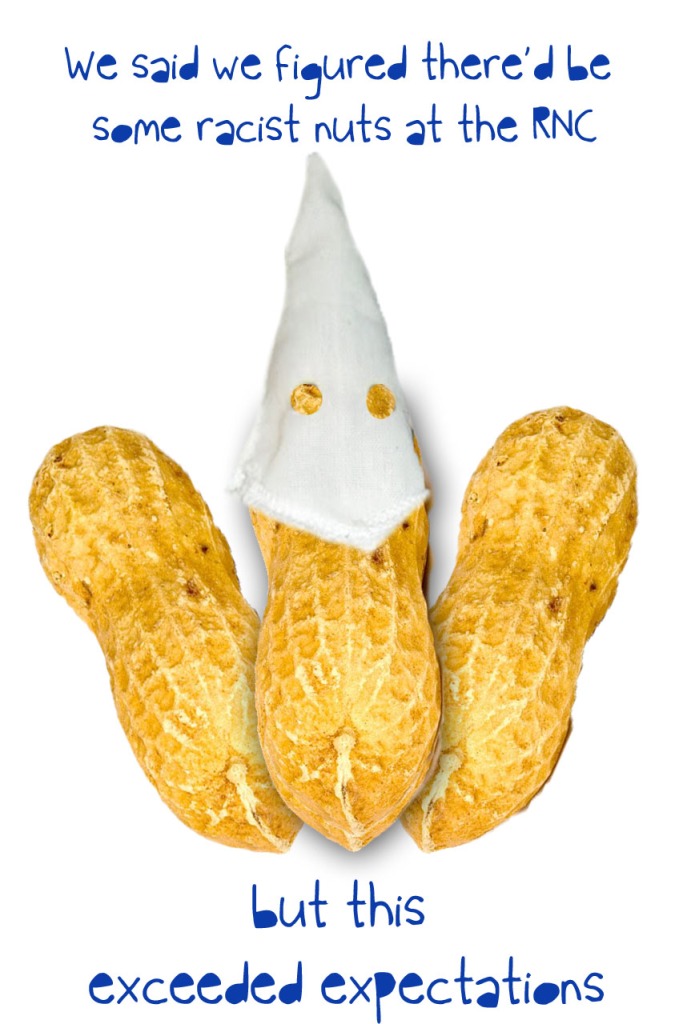 We got a few complaints about having Photoshopped Scott Brown’s face onto a “depilated Burt Reynolds’ body”, so we decided to sit on the other memes we made for that series.  But here’s one:

Hope you enjoyed some of our favorite Misfit Memes!  Happy April Fool’s Day!  Tell us which ones you liked best, or feel free to tell us in the comments how you would’ve captioned them!

An awareness and mobilization site designed to fight back against recent attacks against womens' rights.

2 thoughts on “The Land of Misfit Memes”